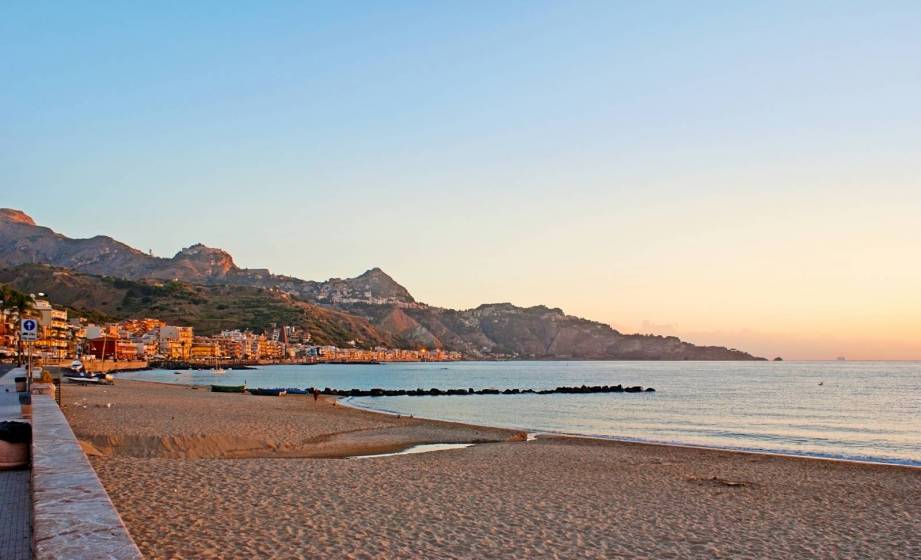 The beautiful bay of Giardini Naxos is a summer destination for many tourists, Sicilians and not, thanks to its golden beaches and crystal clear sea. It is considered the first Greek colony founded in Sicily in 735 BC.
According to a legend, the first Greek to land in Schisò, near what is now the marina, was Theocles in 735 BC.

According to this legend, Theocles, during one of his sea voyages, offered Neptune a poorly cooked liver and then the god, infuriated by this unwelcome sacrifice, stirred the waters of the sea so the boat was destroyed and with it all the crew died. Theocles, however, managed to save himself, leaning on a wreck, and reached a beach. Enchanted by the beauty of this place he decided to settle in Sicily and so it was that the first Greeks arrived from the homonymous island of Naxos in the Aegean Sea.

Giardini Naxos is an excellent starting point for a holiday to discover eastern Sicily. From here you can reach Taormina, Catania and also Etna. Fascinating the sailing tour from the port of Giardini Naxos to Taormina to discover the Bay of Spisone, the Bay of Mazzarò and the extraordinary Isola Bella. Unforgettable experience of being able to snorkel in a crystal clear sea like Sicily.

If you are in Sicily and you want to discover Giardini Naxos contact our partner Sicily Day By Day to book a personalized transfer service!