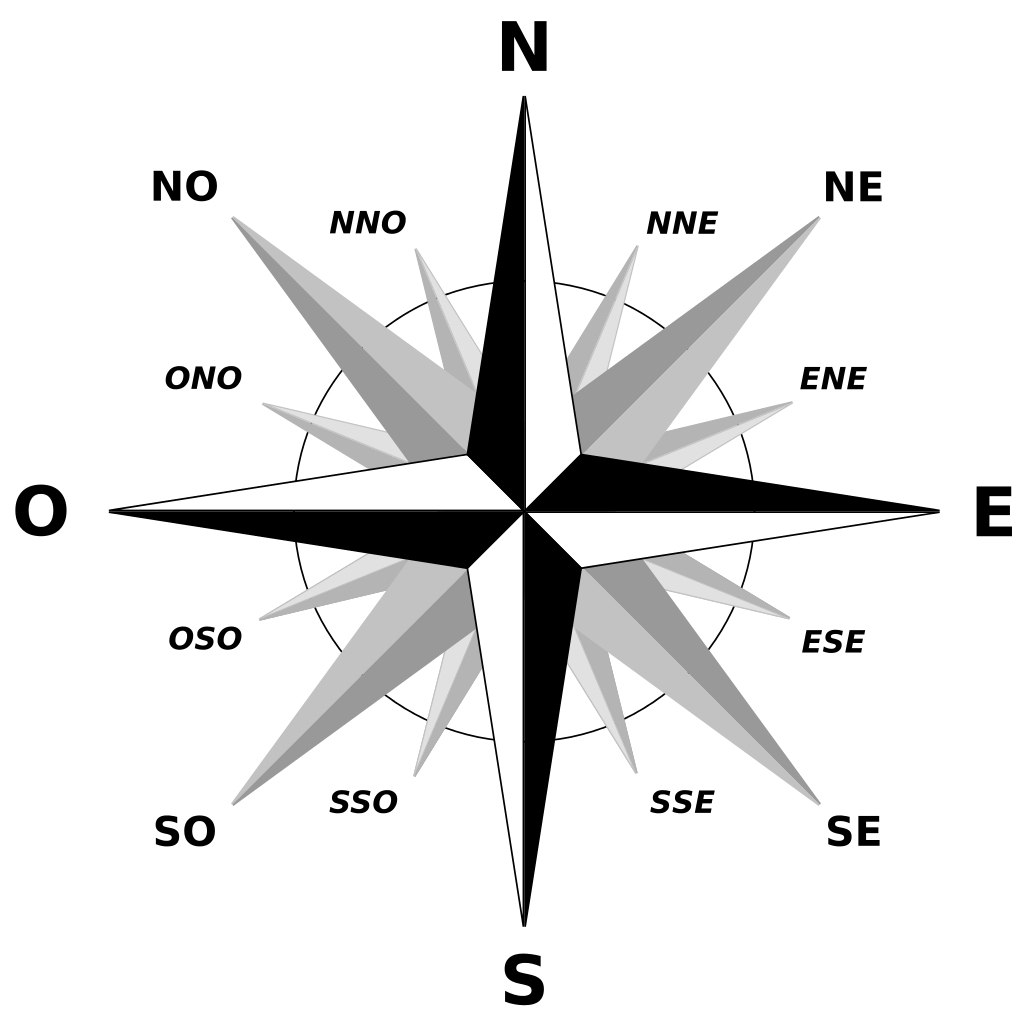 It all depends on the wind and its direction: this may be an almost trivial statement for sailors, but it is the basis of this type of sailing. Type of navigation, course, speed, manoeuvres… they all depend on right out of the wind, which is why it’s important to know where it’s coming from. For this reason there is the Rose of the Wind, a pattern representing the names and origin of the winds.

Star of the Winds or Symbol of the Winds are two other names of the better known Wind Rose: a scheme
simple which shows the names and origin of the different winds, the simplest representation of which shows 4
tips while the more complete ones show 8 or even 16.
The 4-pointed wind rose shows the four cardinal points: North, South, East and West. From the north the wind blows Tramontana, from the east the east wind blows, from the south the ostro wind blows and finally from the west the west.
The 8-pointed wind rose is the best known and in addition to the cardinal points indicates 4 intermediate points: north-east, southeast, northwest and southwest. The following winds correspond to these intermediate points: the grecale, the sirocco, the libeccio and the mistral.